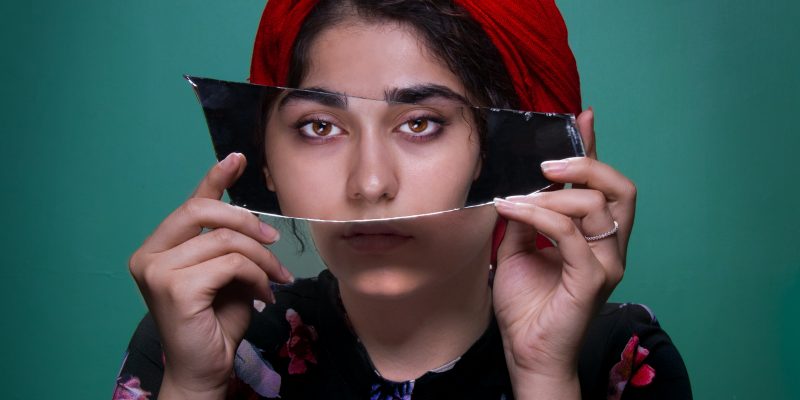 The rise of Body Dysmorphic Disorder in young people

I’ve written this blog because I want to highlight a lesser known mental health problem, but one that seems to be increasingly on the rise in young people; Body Dysmorphic Disorder (BDD).

BDD by definition is where an individual focuses intensely on one or more perceived flaw in their appearance. This flaw may appear slight or non-existent to the casual observer. However, to the person suffering from it, it can cause significant distress and in the worst cases, can render them housebound.

A lot of people when they hear the term think it relates specifically to the body, as is the case with anorexia. But while anorexia could be considered a type of body dysmorphia, BDD is more typically focussed on the facial area, specifically the nose, hair, chin and skin (acne, scars etc).

While it’s not uncommon to have aspects of our appearance that we’re unhappy with, (especially in the digital age of selfies and Zoom meetings!), what differentiates BDD from normal levels of appearance concern is the extent to which we ruminate over them and the levels of distress they cause.

How do BDD sufferers feel?

In the mind of someone with Body Dysmorphic Disorder, there is a strong belief that their “flaw” makes them appear ugly or deformed. Sufferers feel that people are noticing and judging them in a negative way. This can lead to them spending hours in front of the mirror trying to mask their appearance. Even if they do make it out of the house, the world can feel like one giant mirror confirming their worst fears: a reflection in a shop window, a group of school kids giggling at a bus stop and being convinced it’s about you, a brightly lit restaurant that places a spotlight on your worst features. The world can be an endless series of triggers and anxiety. So naturally one starts to avoid these situations, until eventually the only place they feel comfortable is their bedroom.

How do BDD sufferers behave?

Avoiding situations is part of a group of behaviours known in BDD as “safety behaviours”. These are behaviours which are carried out in an attempt to reduce anxiety, such as mirror checking or Googling ways to “fix” their problem. But after a while these behaviours become habits, and rather than alleviating the anxiety, they actually maintain it because they keep the person pre-occupied with their appearance. Their solutions become part of the problem.

Some people will even go to the lengths of spending thousands of pounds on cosmetic surgeries in an effort to “fix” their problem. But for people with more severe BDD, this offers little relief and can sometimes make the condition worse. As although the external has been altered, the internal image is still the same. In this way, treatment for BDD can be considered a sort of psychological cosmetic surgery. The perceived flaw doesn’t change as such; but the person’s attitude or pre-occupation towards it does. This is turn decreases the levels of distress they are experiencing.

With regards to what causes BDD, it’s difficult to say. It’s proposed that a number of factors, such as bullying, social media, struggles with perfectionism, high aesthetic standards, low self-esteem or genetic pre-disposition could contribute towards developing the condition. There’s even some recent evidence to suggest that there’s a cognitive element to BDD, specifically in the eye movement of sufferers when viewing faces.

Regardless of the cause, if left untreated it can have a detrimental impact on quality of life. As with all mental health problems, the earlier you can catch it, the quicker the person will recover.

What are the most common signs and symptoms of BDD?

–     Compulsively checking appearance in mirrors or other reflective surfaces, or avoiding them completely

–     Comparing yourself to other people and feeling less than by comparison

–     Ruminating over appearance for several hours each day

–     Avoiding being seen in certain lighting or at certain angles

–     Constantly seeking reassurance about the way you look from others

How is BDD treated?

In terms of treatment for BDD, it’s recommended to work with a Cognitive Behavioural Therapist to help reframe negative thoughts related to appearance, alongside medication; typically a Selective Serotonin Reuptake Inhibitor (SSRI) to help deal with the underlying anxiety that may be exacerbating the condition.

Cognitive Behavioural Therapy can be a great tool to help get to the root of what has caused the person to have this obsessive focus on appearance and over time reframe how they relate to those thoughts through improving their self-image.

There are many different methods used in CBT, but typical approaches specific to Body Dysmorphia are:

The Theory A/Theory B model

When you feel anxious or are having unpleasant thoughts, rather than giving in to them and resorting to typical patterns of negative behaviour, try to expand your awareness to include other senses. Tune in to any sounds you can hear or look around the room and place your focus on something visually interesting. Perhaps you could try to describe it? The goal is to interrupt the pattern of negative thinking by bringing your awareness away from your thoughts and back into the room.

This involves going out without your camouflage on e.g. makeup, hat etc, and challenging previously held beliefs about what will happen. Many people with BDD, fear leaving the house or being in certain situations without being able to hide their flaw. This is because they believe people will judge them. Gradual exposure places the individual in increasingly more challenging situations to help them realise that what they think will happen, more often than not, doesn’t.

Recovery can be a long journey. It takes a while to rewrite certain patterns that have been present for a number of years. (People often delay seeking treatment for BDD due to feelings of shame and stigma). But with the right combination of treatments, recovery rates are reasonably high (estimated to be somewhere around 76%).

Additional points I’d like to close with as I feel they are relevant to anyone who may be experiencing Body Dysmorphia:

It’s estimated that only a small percentage of what we see in the mirror is what we actually look like.

The rest is made up of past experiences, emotional state, self-esteem etc. What you’re seeing in the mirror is more often a reflection of how you feel, as opposed to how you look. If you look bad, maybe it’s because you feel bad. Rather than looking in the mirror and thinking “I look ugly today”, ask yourself; are you stressed? Tired? Depressed? All of these things can contribute to you feeling that you look a certain way.

Your assumption about how you look is often inaccurate.

You can accept them or reject them. Sometimes it helps to label them my “critical self” and then separate those types of thoughts from others. For example, if you have a negative thought around appearance, say to yourself “my critical self is telling me that I look unattractive in this lighting and that I need to leave the room”. Then let that thought go, as if it’s on a conveyor belt passing through the mind. This can be difficult at first, but if you practice letting thoughts pass through the mind in this way, you will start doing this automatically. It will help stop negative thoughts before they have the chance to trigger the physiological sensations associated with anxiety.

Self-acceptance. You are more than your appearance.

Where can I find more information about Body Dysmorphic Disorder?

I highly recommend the BDD Foundation. They are a charity specifically for sufferers of BDD and have a variety webinars, podcasts and resources. They also have weekly support groups for people to discuss their problems in a safe environment.