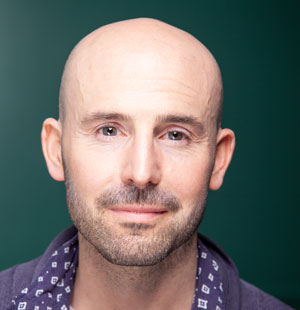 Alex Humes has been a Latin and Greek private tutor for the past eighteen years. He is also Head of Latin at the French Lycée Charles de Gaulle, where he has taught for a decade.

He loves teaching and has refined his technique to enable students to approach the text with absolute clarity. With Alex, students learn the most comprehensive way of analysing a sentence as well as how to maximise their time.

Alex has never privately tutored a student for a public exam who has not achieved the top grade. It’s important to him that learning is both a joyful and fearless experience.

Alex Humes has been a private tutor to hundreds of students. A large percentage of them have sat 13 Plus Common Entrance exams and Scholarship exams to the top boarding schools in the UK.

Alex also provides tuition at A level, for Oxbridge entrance and as a home school tutor.

Alex home schooled Daniel after he was taken out of school. He tutored him in both Latin and Greek up to and including A level. After a year, Daniel achieved an A* in both at GCSE and also completed the A level, again receiving top grades.

Alex helped Daniel with the Oxford Entrance exam where he gained a place. After gaining a double first in Greats, he also completed his doctorate. Daniel became a Junior Research Fellow at Corpus Christi, Oxford, and is currently a lecturer at Cambridge. Please read his testimonial below:

“It is no understatement to say that my three years of homeschooling – GCSEs and A levels – in Latin and Greek with Osborne Cawkwell has dictated the course of my life thus far: I completed an MA and Classical DPhil at Oxford University, became an academic, and after several years of research fellowships at both Oxford and Cambridge, am currently a Lecturer at king’s College, London.  It goes without saying that my tutor Alex was a thoroughly knowledgeable, inspirational, and likeable guide who with great skill (and occasional patience) created the perfect environment for me to fall in with love the subjects and excel.”